The ICCup BW TV crew and

ICCup.Gen have been working on a project the past few weeks and now they're ready — ladies and gentlemen, prepare for a new series of show matches: the ICCup Attacks!

ICCup Attack is a copy of other show matches, first started by the Koreans, later being done by Teamliquid. Each show will last for several hours and is going to feature one of the best foreign players. This player, our hero, will meet up with random players from our server. You can simply join a channel and try to get a game with him. Since the hero is quite good, he'll have to face several handicaps. We're going to force him to play silly strategies, use his off race or face two opponents at once. While the show progresses,

ICCup.Fitz and a crew of co-casters (who will be announced shortly before the show starts) atwill be interviewing him live on the stream. Even if you fail to get into a game you can still forward questions — an event for everyone involved.

Our crew will prepare a number of handicaps, but that doesn't mean we're not open for suggestions. You can send us some of your ideas, things you'd like to see. If you want to force our hero to use something really stupid, like scouts only, or want to see how a good player tries to beat his opponent while only being allowed to use two production facilities each — this is your chance. Just make a post in our forum topic, the best suggestion will be rewarded with a chance to play our hero. However, keep in mind that not every idea might be useful, it needs to be realistic. Try to meet following cirterias:

— Try to not include things we can hardly check, e.g. «he is only allowed to build one scarab per reaver» or «has to kill ten workers every five minutes»

— Try to not make it an auto-lose build, e.g. he has to go ultralisks off one base only"

In addition to the handicaps, we'll also want you to help us to create some hype. You might've seen them if you ever watched a Korean ProLeague match or an OSL/MSL — we're speaking of cheerfuls. Big signs the fans hold up to cheer for their players, usually pictures drawn, crude or super fancy, to show how much they care. You'll find a template below (right click, save as) you can use. Post them in the according forum thread — we'll be showing some of the best cheerfuls during or before the event, and the hero is going to pick the creator of the cheerful he likes the most!

Just a sidenote — it goes without saying that you should be able to join the channels/games live if you participate in these competitions. Also, make sure you can join games with more than one player and have no big lag issues. If you have problems configurating your router or your internet connection, feel free to ask for help in our tech forums or get help from ICCup.Xboi209 via Teamviewer! 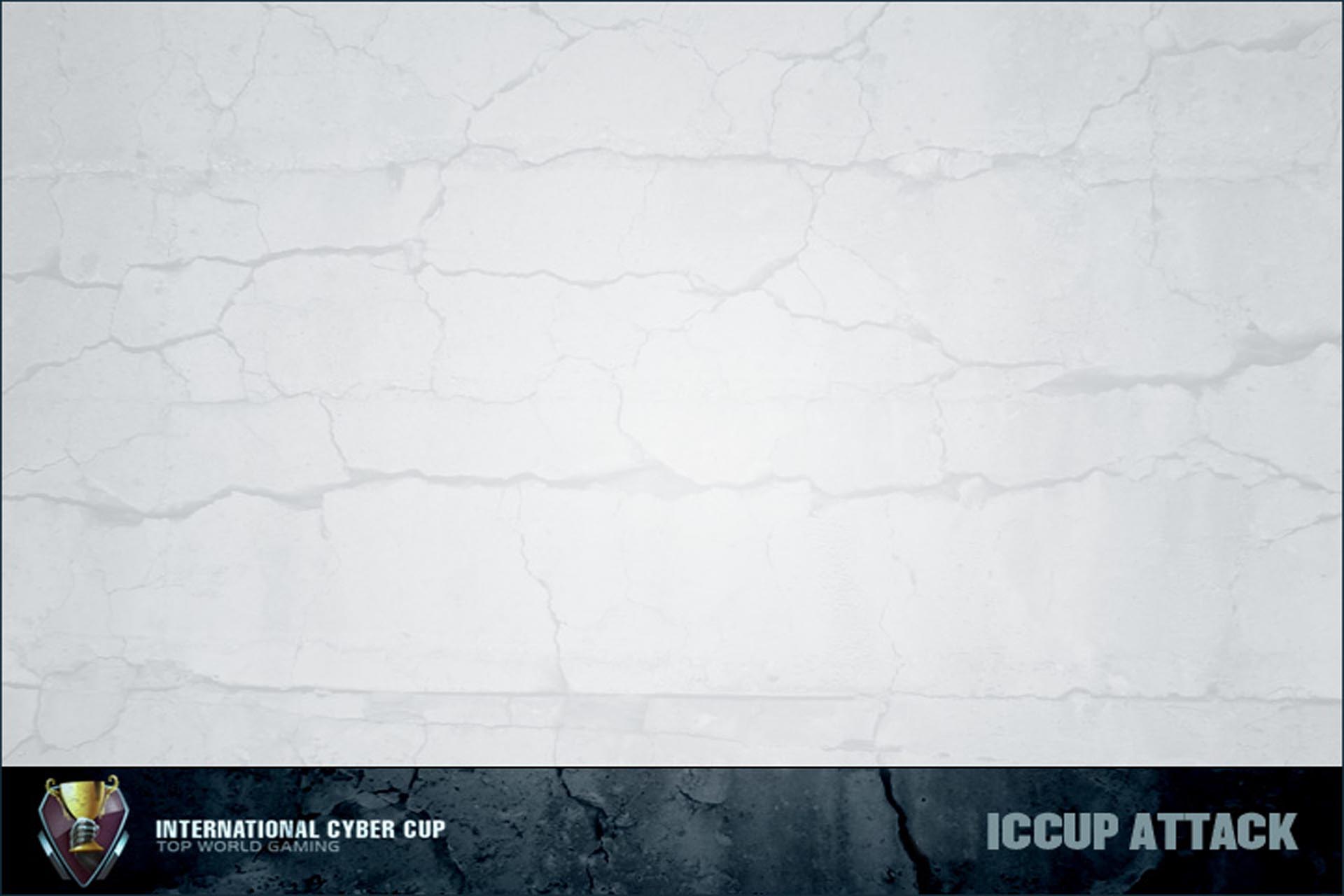 image links to a bigger version

The hero of our first show will be none other than

TechnicS. TechnicS is a Zerg from Bulgaria, currently playing both for the team [BG] in ICCCL and LRM) in other events. He's been part of the community for a long time now and moreover one of the very familiar faces in the foreign elite for more than seven years. You might have heard that he was one of the very few players to participate in the World Cyber Games 2006; however, he did not come too far there. Nonetheless, he'd stayed for longer and he has quite a few trophies attached to his history. TechnicS has won three of the Defiler.ru Tournaments, got a decent run in many Nation Wars, Clan Leagues and other events as well. Lately, he won the Bulgarian HOTS Release Party LAN in a quite entertaining match against Inf3cted — which you should watch if you missed it.

The Zerg is also quite versatile, which he showed us time and time again. He's known to switch races in order to entertain the audience. In the aforementioned LAN he played a couple of games as Terrans, in the TLS qualifiers he tried to win with Protoss against eOnzErG, so all of us were spared from yet another Zerg vs. Zerg. Also, we should not forget to add his run in the XSplit Invitational, where he faced Napoleon in the overall finals — again a series that you need to watch, if you want to understand who's featured here. Really, hands down, TechnicS is a beast.

Gen already had a short interview with TechnicS beforehand, if the introduction was a bit too short for you!

Hello Technics, how are you?

How do you feel about your current shape?

I'm feeling as good as usual — practicing with my UMS fun games, offracing a little bit here and there, waiting to have my fish ban lifted so i can get into the nightmare called fish server to play some games once in a while there (too many droppers, hackers, etc)

A few words about your ongoing event?

Any future event you will be participating?

I plan on playing in the defiler tours, TLS and looking forward to having EuroLAN experience.
I know there's a long way until foreigner scene actually deserves something like the EuroLAN, but i think we can make it and that's the main gaming event I will be looking foward to — the real LAN latency is just uncomparable to any other internet gaming experience. It's so smooth and clean. The handicap thingy of iccup attack sounds really neat, so I wil be looking forward to that as well.

The first Attack featuring TechnicS will start this Friday and will most likely take place between 17:00 CET and 20:00 CET — open end, though. The first channel will be announced shortly after the stream is up. Fitz and TechnicS are going to select the opponents after each game, nobody gets to play twice, unless something really weird happens. Like we said, we're going to choose two opponents from the competitions, the rest will be picked quite randomly. We might host a trash talking contest, see who is able to join the games the fastest, or who joins the new channels before anyone else. That's right, the channel stays, so be prepared to switch between stream and server as fast as possible. Think about questions you might have, about TechnicS bio, his thoughts on events, mayhaps what you'd have to do to marry him (we can't know how weird you are, but we learned not to underestimate the audience). Keep in mind — this is a fun event, it's all about having a good time. Let flames stay out of it, use common sense and we'll have at least three hours of good old Brood War action!

nice nice cant wait for that :)

Ohoho I hope I get a chance to get roflstomped

Dammit I have school :(

Dear GeckoXP and and Gen,

Very fond of you too start this event. It's going to be great. Looking forward to the showmatches.

BUT isn't TechnicS from Bulgaria?