It's no news that iCCup enjoys large popularity among Korean progamers. As far back as the earliest seasons it was possible to catch a glimpse of some familiar names in the uppermost tiers of the iCCup StarCraft Ladder. With the introduction of LAN Latency it only became more popular amongst the Pros. FlaSh, Jaedong and HwaSin discussed their meet-ups on the server with each other in several videos from Korea, delighting foreign patrons of the iCCup ladder. This popularity amongst the world's best has grown considerably over the seasons and now some of the strongest players from Korea train on the iCCup server. However, as expected, they play under elusive nicknames so as not to draw attention to themselves from over-enthusiastic fans or cowardly opponents alike!

The members of a pro team frequently share usernames with each other, and also show the great relationship they have as they joke about each other, creating amusing nicks (for example, pepe[z-zone]. and pepe[z-zone]2 are not the nick of ex-progamer pepe[z-zone]). This complicates the process of ascertaining progamer IDs, but of course it is far from impossible. I thus, give you the list of some elite Korean players, presented to you with 100% authenticity. You may even have played one of them! 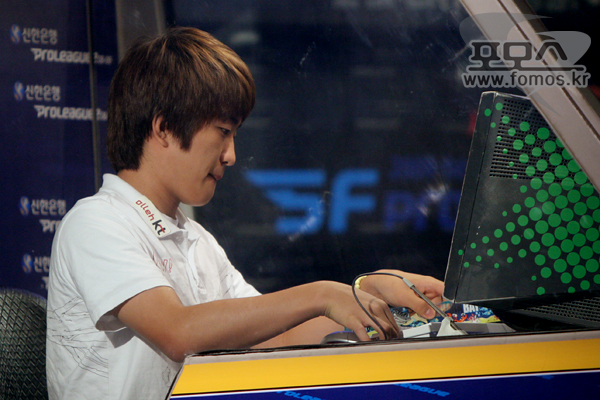 It is now known that progamers the calibre of FlaSh use the iCCup server.

The question that immediately pops into one's mind when concerning progamers on iCCup is 'did Bisu, JaeDong, FanTasy or FlaSh play?'. Unfortunately, not on one game Of JaeDong's or FanTaSy's were identified, but active on iCCup are both FlaSh and Bisu! Bisu used an ID shared by the Terran Emperor himself — BoxeR's — tmatlzk, playing both his main race of Protoss and also off-racing Zerg on it. FlaSh frequently used the Terran account from the KT house — Sonyejin and dlrhkdtn; also off-racing in both Protoss and Zerg. From the remaining top players, some names to note include July, Stork, Sea[Shield], Luxury, JangBi and many others listed below!

Aaaaah , i haven't plaid any of them :( more luck this season :P

Oww, haven't played any of them. :) But i did play vs Morrow and Yayba! :) These truly are the best days of iCCup and StarCraft, I believe. :) gl hf! see you on server.

no just means he practises on iccup alot

You really should ;) or learn to use </sarcasm>, that also works ;)

The main reason is CRT have 0 ms in response time lag and even 2 ms LCD monitors can give noticeable lag in SC due to you scrolling around the map so fast. So it can be messier to muta micro and stuff.

i played against three when i remember right =D

lol well these names are from last season so i guess it doesn't matter anymore. I thought we were all aware that pro-gamers play on iCCup. even so I think this topic is still pretty awesome

I guess he was too busy winning OSLs to come play on iCCup :D

XD I have played against TheRock and nbs. Awesome.

Horang2 (genius) made beating nbs look a lot easier than it is...

who of you who played against one of them finally win a round against em?

these are just the akas that were able to be found. This doesn't mean that someone like jaedong was not playing on the ladder. It just means no one was able to get a replay of him and confirm it. There were probably 30-40 people at the A/A+ rank that were possible progamers but could not be confirmed becuase no one could get a replay from them.

Why is iCCup exposing pro gamers now? Normally a name or two gets exposed AFTER the season is over. Is this list for this season or last? i think iCCup should continue keeping the identity of pro gamer confidential and leave the exposing of progamer IDs to those who do not have intimate knowledge. Although there aren't any regulations prohibiting the iCCup from releasing the IDs of pro gamers, some lines shouldn't be over stepped.

Iccup is not the site that exposes them. Teamliquid did, but iccup decided to make an article showcasing the various progamers on the ladder. There is no harm in releasing last seasons akas, as im highly sure progamers don't log in to practice the same way they do with other pros in the house, and are merely playing for enjoyment/blowing off steam/practicing with online friends.

lol... it's funny how Bisu would use an id that means "breast"sicca(Jessica of SNSD) when typed in Korean.

WHAT? i just cant understand this, what language is this? :D