— replaced the ancient map The Lost Temple with Heartbeat 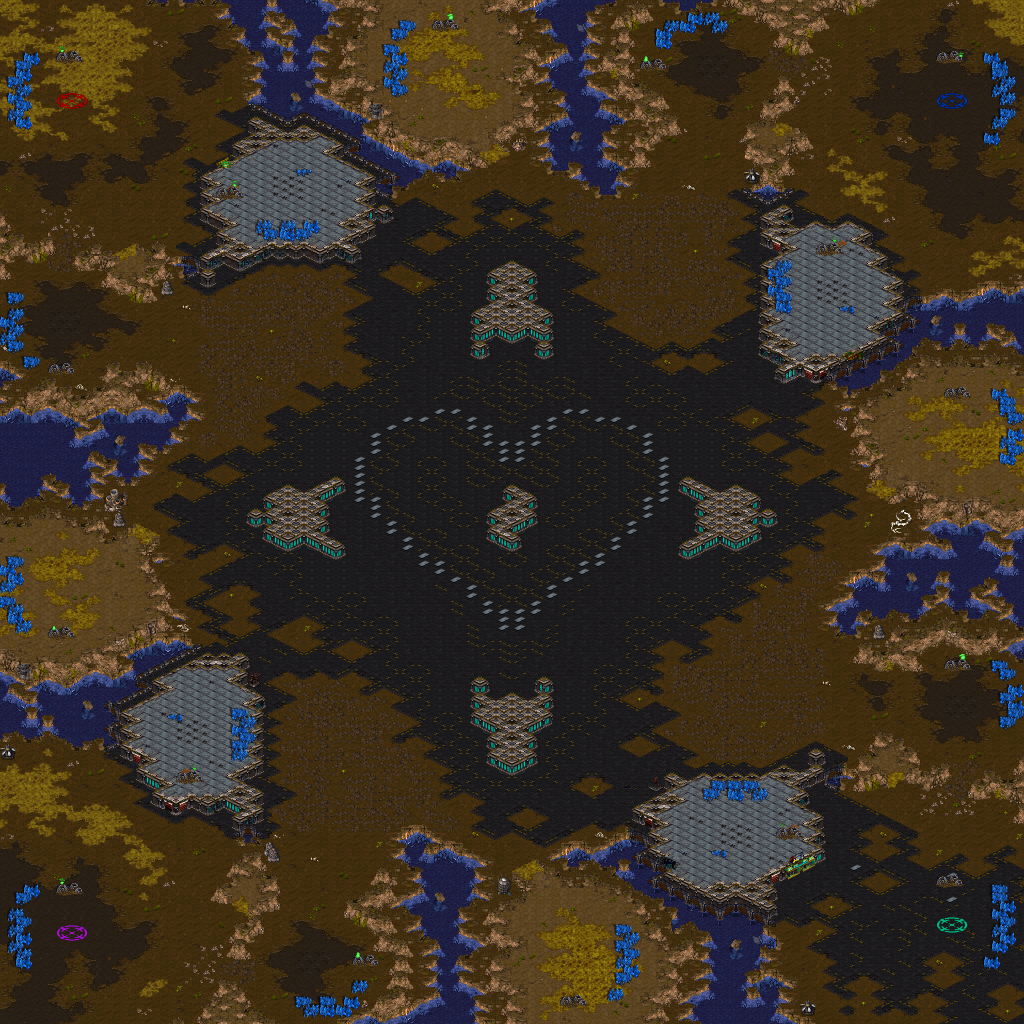 Heartbeat, also known as Feel my Love is a four player melee map, combining a standard four player macro map layout with in-base, but vulnerable, island expansions. It is used in the Jade Addvert Tour[1].

what you did?? Lost Temple its a classic map and its one of the most played maps, even in the last season. You guys should remove one of the low played maps but instead removes a classic like LT?? This is not good.

no the most, ONE of the most. The most played is FS of course xD But LT was among the top. I saw the map statistics in the last season and FS was first, Python second, Desti third and LT four if my memory dont fail, What admin even thinking? Who gave him permission to remove such popular, classic, most played map and replace it with that unknown imba piece of trash? Wow, iCCup BW section barely surviving and you eliminating people who used to play his maps just because you want to force them to play something new. Bring back LT because this doesn't make any sense.

If you have to post your shit here too, have the courage to use your account outscar.

Heartbeat is a good map and LT wasn't of course the most played map not even the most balanced.

We are not forcing anyone, you can choose between 50 maps.

Cut your trollabe and write ur ideas bringing respect or I cut you.

I don't think iCCup dies 'cuz LT is removed... Like Face says, there are 50 other maps to pick between. New maps is what we need to keep evolving. You can still go 1v3 computer on singleplayer.

It's like 1 of 100 games i see thats hosted LT, rest is python... Wanna start anarchy, remove that one :D

Do not post birdie's stats here please, it's incomplete.for not to talk of the unofficial source.

My stats are complete 1v1 map statistics, scraped from iCCup's website itself, including both season 37 and season 38 statistics.

To be complete I suggest you to add 2v2 maps and to separate the seasons, or these stats are not very useful.

I am considering adding 2v2 maps at a later date, but my interest is primarily in 1v1 so that is where I focus on. I can separate the seasons if I want to but it is unnecessary and doesn't change the meaning of the statistics. They are very useful for demonstrating the popularity of ladder maps in 1v1.

why cant we add the heartbeat rather than removing the most popular map since 1998.

its the limit of the server