The developers of Warcraft III: Reforged have revealed what the new player profiles will look like in the next major update. Blizzard has tried to maintain the style of the original client, but has added new features to it for the convenience of users.

The developers want the new profiles not only to inherit the Warcraft III atmosphere, but also to become more comfortable and functional. 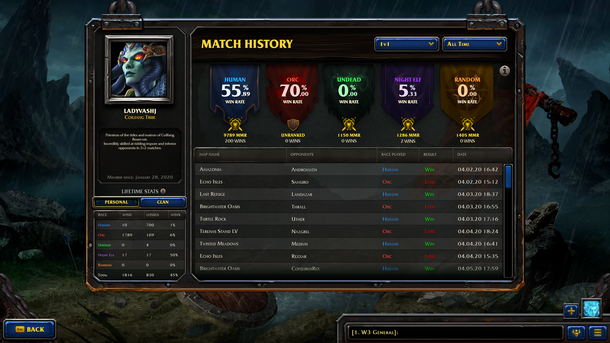 In the old version of the profile in Warcraft III, players could choose their own portrait and add a small descryption. The developers have kept this function in Reforged. In the new profile system, the player will be able to select a portrait and add personal text information. Its volume is limited to 255 characters. 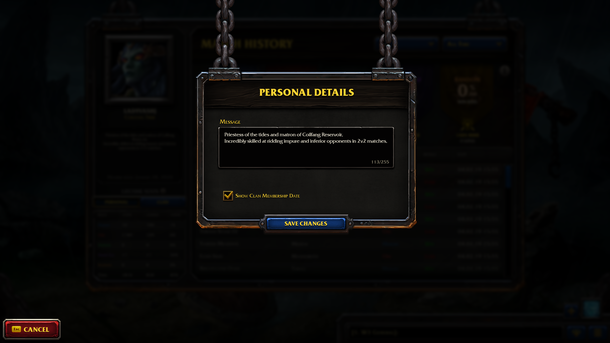 In addition to the section with personal data in the profile, the user will be able to view the history of matches in 1v1, 2v2, 3v3, 4v4, FFA and custom games. On the profile screen, drop-down lists will be available for filtering by mode type. Players will have access to statistics for the season or for the entire lifetime of the account. The profile will also have data on wins and losses for each matchup, as was the case in the old version of Warcraft III. 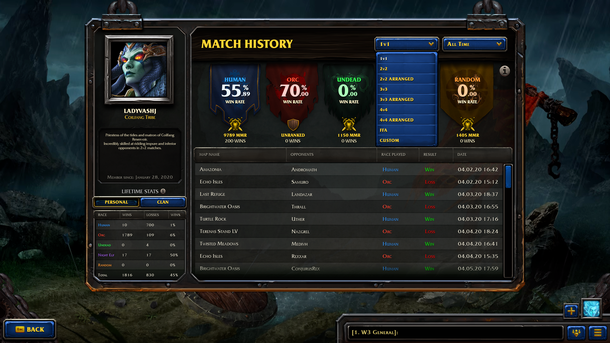 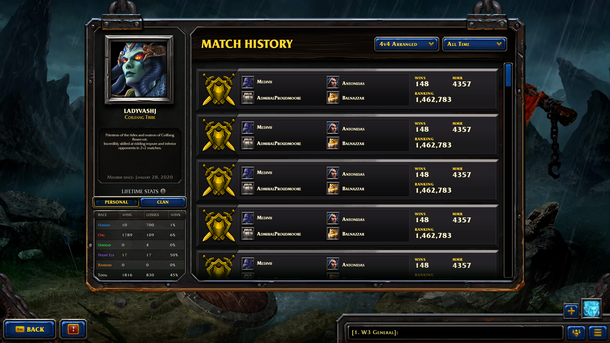 In 2v2, 3v3 and 4v4 modes, you can view the teams of a player and his teammates, as well as personal statistics such as MMR, number of wins, match history and ladder rank. Since the new system uses MMR for ranking instead of the old tier system, the profile will now display the current MMR for each race in 1v1 mode, as well as the team MMR for each mode. 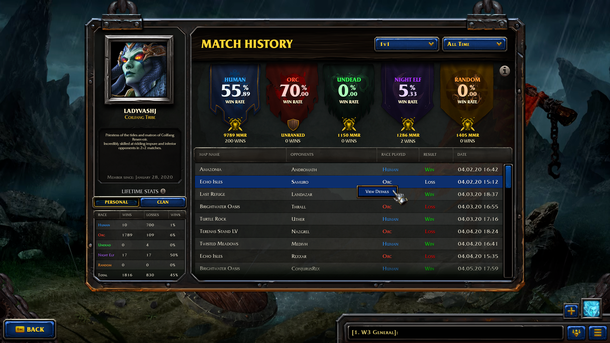 Another feature that came as a result of an overhaul of the profile system is the ability to view the details of a previously played match. On your profile screen, you can select a specific entry and see the details of the match. 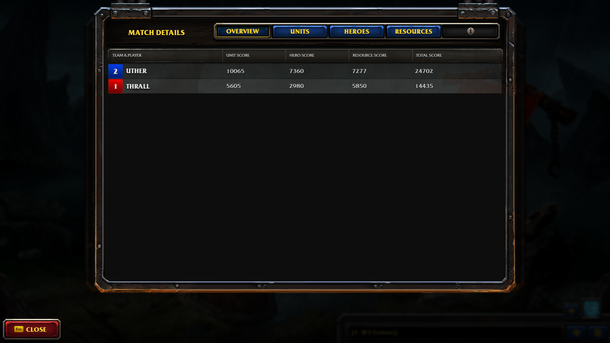 The updated profile system will launch with the next major content update along with improvements to the rating system. According to the developers, this will happen in the next few months.