WC3: How it all began

When, in the words of Warcraft III creative director Chris Metzen, the “feisty villain” of the franchise decides to disrupt the calm flow of ordinary life, confrontation cannot be avoided. We can say that the world of Warcraft needs a conflict. But the battles between good and evil become confused if supernatural deities interfere in mortal affairs. When a fallen titan, possessing unlimited power and a desire to destroy all life, struck the orcs as nasty, they were predetermined to enter the fight against a prosperous nation of people. This confrontation, the history of the whole universe, determined the development of Azeroth and made the world the way we know it today.

Refresh your Warcraft story by reading our article and get ready for battle in Warcraft III: Reforged.

About Orcs and Humans in Warcraft

Sargeras, the greatest warrior of the god-like titans — the supernatural creatures who created and ordered the Universe — tried to protect his brothers from the Twisting Nether, a space between worlds filled with chaotic magic. But instead, he succumbed to its all-devouring influence and the eerie entities that dwell in it. Convinced that the only way to save being from the demonic inhabitants of the Twirl is to devastate it, he turned his power against the universe, striving to destroy all life. To this end, he created the Burning Legion. 10,000 years ago, Sargeras was already trying to attack Azeroth, but failed, and now again saw the opportunity to strike. He took possession of the mind of the magician Medivh and intended to use his power to foment war between the worlds and thereby ruin Azeroth.

Medivh, the last of the ancient order of powerful magicians and an ally of Stormwind, was enslaved by the destructive magic of Sargeras and, by his order, tried to bring closer the death of Azeroth. In a distant world called Draenor, he found a like-minded person — the powerful sorcerer Gul'dan. Turning to dark magic, the treacherous orc taught his kin to control demonic energy. He achieved absolute power over his fellow tribesmen and convinced them to drink the blood of the demon Mannoroth, promising to make them invincible in exchange for obedience. This blood poisoned their mind and turned it into a bloodthirsty army, which obeyed the invisible ruler Gul'dan and his puppet, leader Chernoruk.

Medivh made a deal with his new ally: Gul'dan will open the passage between the world of people Azeroth and his home planet Draenor, and in return will gain unimaginable power. And so the Dark Portal was first opened, from where the orcs surged, entering into a confrontation with the people of Azeroth. 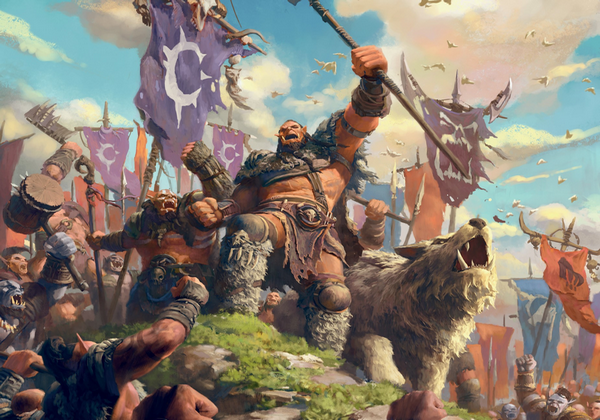 A horde of orcs suddenly attacked the very heart of the kingdom of men, sowing destruction and wiping entire cities from the face of the earth. For many years, orcs and humans have been killing each other in violent skirmishes. Each side waited for a convenient moment and studied the enemy, intending to collapse with all its might when the time came. Three years after the Dark Portal was opened, the Horde marched on Stormwind. Although the first attack was repelled by the Royal Commander-in-Chief Anduin Lothar, the Horde army retreated, only to regroup and decide how best to deliver a decisive blow to the kingdom of people.

Meanwhile, a student of Medivh Khadgar opened himself to King Llein and Anduin Lotaru and said that it was his teacher, obeying the dark forces, who admitted the Horde to Azeroth. With the help of Khadgar, Lothar defeated Medivh and expelled the spirit of Sargeras into the Twisting Nether. Gul'dan, who had recently entered Medivh's mind in search of information, fell into a deep coma after his death.

The great leader of the orcs, Orgrim Doomhammer, became disillusioned with the Horde, led by Gul'dan and Chernoruk. Taking advantage of the moment, he challenged Chernoruk to a duel for the leader’s place and emerged victorious from the battle.

Under the Banner of Doom, the Horde attacked Stormwind again. When the city was besieged, the former ally of the people of Garon Polorichikha, who secretly served Gul'dan and the Council of Shadows, ensured the Horde victory and killed on the orders of the Council of King Llein. This undermined the fighting spirit of the army of Stormwind, and the city fell before the might of the Horde. Anduin Lothar declared that the war was lost, and, together with the remnants of the population of Stormwind, retreated beyond the Great Sea.

Desperate for help, Lothar and those who survived the siege of Stormwind fled north. There, they sought support from Terenas Menethil II, who ruled Lordaeron, a powerful kingdom of men. The refugees were undeniable evidence that the threat from the Horde is real. Unable to deny this, King Terenas convened the rulers of human kingdoms to prepare a counterattack. Seven nations united for the first time in three thousand years, giving rise to the Alliance of Lordaeron.

Gul'dan, waking up from a magical coma into which Medivh's death plunged him, made an agreement with the new leader of the Horde and renounced the Council of Shadows in order to save his life. The Doomhammer did not trust Gul’dan, but still spared him and allowed him to create his own clan to strengthen the Horde's forces. With the help of the Amani trolls who joined the Horde and the recently discovered soul of a demon — a powerful artifact that could subdue dragons — the orcs were preparing to oppose the remaining human states.

While the orcs were about to attack their enemies, Lothar united the dissimilar races of Lordaeron. He enlisted the support of the Ironforge dwarves and summoned the elves of Kael’thalas, citing the right of the last descendant of the Arati dynasty. Bound by the blood vow that the Lothar family had long ago given, King Anasterian Sunstrider sent a small detachment under the command of Alleria Windrunner to help Lordaeron. 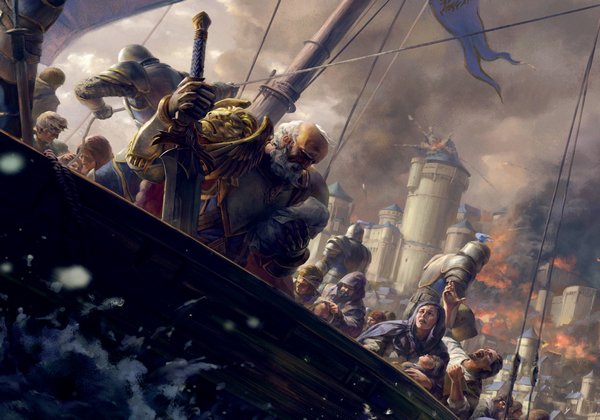 Orgrim Doomhammer chased the surviving inhabitants of Stormwind north to Lordaeron, devastating everything in its path. The orcs won one victory after another, and it seemed that Lordaeron would soon come to an end. But the city managed to survive the Second War thanks to disagreements in the Horde. When Hammer of Doom, together with his army, was preparing to strike at the heart of the Alliance, terrible news came to him: Gul'dan left his orc relatives, took half of their troops with him and, in pursuit of greatness, went in search of the legendary Tomb of Sargeras.

Gul'dan's betrayal gave the Alliance a long-awaited chance to change the course of the war. The troops of Anduin Lothar rebuffed the Horde and drove the orcs from Lordaeron to the Black Mountain volcanic fortress. Unwilling to accept defeat, the Doomhammer dealt the final decisive blow to the forces of people. This desperate attack cost life and Lotaru.

When Lothar died, the command was taken by his assistant Turalion, who urged his brothers and sisters to continue the struggle in the name of the fallen commander. His cry inspired them, and the troops of the people bravely broke through the ranks of the orcs, scattering their army and capturing many. The victims of the humiliating defeat of the orcs were driven into special camps.

Then the flame of the Second War went out, and peace was established on the land that had been tormented by conflicts for so long. After defeating the Horde, the Alliance split. He was no longer held together by the fragile contract born in times of general despair. And the kingdom of Lordaeron was to face an obscure future alone.

The events of Warcraft III: Reign of Chaos begin almost 13 years after the defeat of the Horde, when a conflict erupted again in Azeroth. Rumors of a plague spread rapidly throughout the kingdom of Lordaeron, worrying its inhabitants and prompting Arthas, the son of King Terenas, to search for the source of the infection — this decision sent him along the path of darkness and forever determined his fate. Meanwhile, the young leader inspired the orcs, who had spent the past ten years in crowded labor camps, to unseat their shackles and rise with arms in their hands. A cult appears on the territories controlled by the Alliance, poisoning the minds of its followers and heralding the arrival of a new disaster, which is looking for a way to fall on Azeroth. And the night elves, in a desperate attempt to defend their ancient homeland and gain strength in order to confront the enemies, awaken their relatives from sleep and intend to free the most dangerous captive in the history of their race. 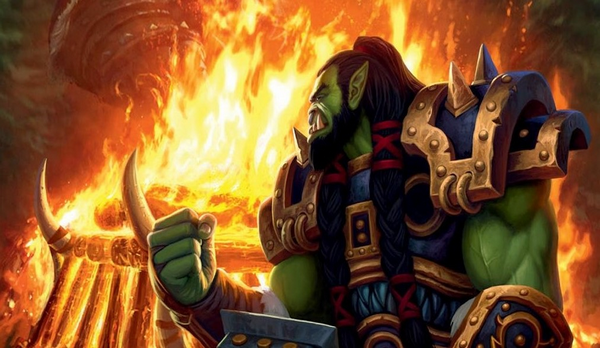 A threat loomed again over the World of Warcraft, and its old and new inhabitants take up arms to fight for their future. Will you accept the battle? Gather your troops and remember the legendary events of Warcraft’s